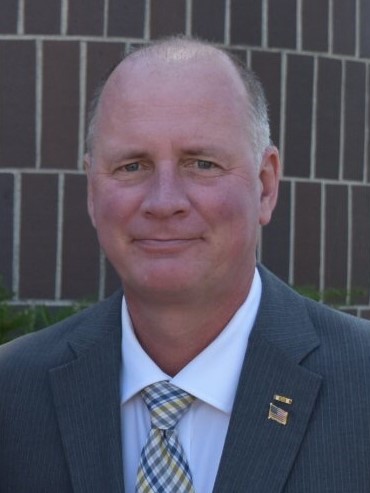 LTC William Scott Patton USA VANG Retired, former VBPD, USN, died April 19, 2020 in Virginia Beach, Virginia. He was born in Akron, Ohio to Fred and Linda Patton. Recruited out of high school, he served in the US Navy, deployed on the USS Nimitz; served as a Virginia Beach Police officer and detective; joined the US Virginia Army National Guard, where he attended OCS and earned a commission, and retired in May 2013.

Will earned a Master in Public Administration - Emergency & Disaster Management degree from The American Military University/Old Dominion University. He skillfully executed his knowledge and duties as he led VANG HazMat teams at the Pentagon and in NYC after 9-11. Will cared compassionately for his brothers-in-arms and enjoyed visiting and speaking with veterans. He told and retold jokes and liked to reminisce about family adventures. He was a true patriot, interested in history and all things military. Watching sports, especially the Denver Broncos, filled his free time. Above all else, he cherished his beautiful daughters Olivia and Denver!

He is preceded in death by his father Fred L. Patton and survived by his mother Linda A. Patton, beloved daughters Olivia Grace Patton and Denver Lee Patton, sister Debra Plaster (Don), brothers Keith Patton (Teresa) and Michael Patton (Lorrie), and many nieces and nephews, aunts and cousins. He will be remembered for his love of family, friends, country, and liberty!

To order memorial trees or send flowers to the family in memory of William Scott Patton, please visit our flower store.