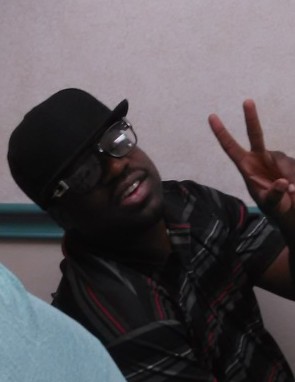 William Gray, Jr.  was called to his resting place on September 5,2019.

He was born on November 27th, 1976 at Norfolk General Hospital. He was a graduate of Maury High School, then he attended In Technical Institute and received his diploma in electronics. He was part of a group that received an award for building an electronic gadget. KJ was always brilliant even at an early age. He stated, "where theirs a drip, there's water". In kindergarten he had to say something good about his mother and he stated "my mom Ms. Ruth is cute" of course he won the contest. He was loving and a caring person who would help anyone, also he dedicated being a servant of God, loyal to his family and friends. He protected those he loved. Most of his friends called him reverend or pastor, to us he was just K.J. His favorite sports team were the Lakers and the Washington Redskins.He enjoyed spending time with family and friends and loved video games and making musical beats. He left us all with an example of how to serve God in spirit and in truth.

He will be forever loved and missed and like K.J., revered, pastor said, "You got to trust God".

On behalf of the family, we encourage you share your personal experiences and preserve the memory of William for future generations to come.

Be the first to post your most treasured memory of William. Show your support by sharing a personal message or story on the tribute wall, meaningful photo or video, and/or sending a gift or flower.

To order memorial trees or send flowers to the family in memory of William Gray, please visit our flower store.