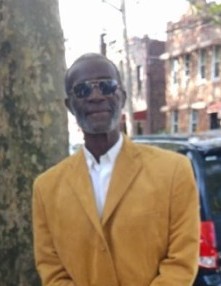 On Thursday, January 30, 2020 Welton Wendell Cowell, passed away peacefully in his home.  Welton was born on August 22, 1951 to the late Miles Welton and Martha Goffigan Cowell.

Welton, affectionately known as “Wendell” was educated in the City of Virginia Beach Public School system.  During his high school years, Wendell played football proudly displaying #42 on his football jersey.  After leaving high school, he joined the United States Army. While in Army serving in Korea, he was awarded the National Defense Service Medal and Armed Forces Expeditionary Medal expert MT6.  After receiving an honorable discharge from US Army, Wendell worked as a professional painter and was knowledgeable in the different aspects of construction.  He was employed at Norfolk Naval Base in the Aviation Department.

Wendell was always willing to lend a helping hand with a very bit heart to accompany a smile that was infectious.  He never met a stranger.  Wendell loved football and he was an avid Dallas Cowboys fan.

On behalf of the family, we encourage you share your personal experiences and preserve the memory of Wendell for future generations to come.

Be the first to post your most treasured memory of Wendell. Show your support by sharing a personal message or story on the tribute wall, meaningful photo or video, and/or sending a gift or flower.

To order memorial trees or send flowers to the family in memory of Welton Wendell Cowell, please visit our flower store.