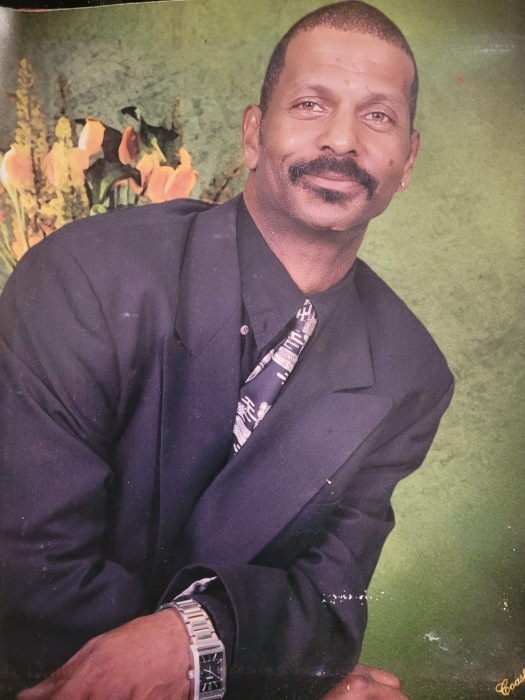 Vincent was born on March 25, 1963 in Portsmouth, Virginia. As a child, he was educated at Portsmouth Public Schools, specifically Cavalier Manor Elementary School and Waters Jr. High School. He attended Menchville High School but left in 1981 to serve in the US Army as a Tactical Circuit Controller. He was honorably discharged in 1985 and was recognized as a Marksman and received the Army Service Ribbon, the Overseas Ribbon, and the Army Good Conduct Medal. He was also a proud member of the American Legion.

Vincent had an undeniable passion for cooking. Most times you would find him in the kitchen standing over the stove or outside in an apron and hat, in front of the grill. No one ever left his house hungry or without a “to go” plate, a sample, or a bag from the freezer. He loved how food brought family and friends together, and nothing made him happier than watching others enjoy what he prepared.

Vincent had a special connection with nature, and he enjoyed the outdoors. He particularly loved hanging out at the farm and home of his bonus brother, Jeff. He loved to swim, camp, and take rides on the open road, but above all, he was most fond of fishing. Vince’s love for fishing began during childhood and continued throughout his life. He would spend countless hours on the water, enjoying the beauty and quiet. It was unarguably, his place of peace and faith.

Being a dependable father, grandfather, brother, and uncle was of the utmost importance to him, and he wholeheartedly loved his family. Dance recitals, school plays, births, birthday parties, holidays, graduations, hospitalizations- if it was an event, Vincent was there. But more often, Vincent would show up for no reason. He felt it was important to go see people and if he was in the neighborhood, you could expect a visit. He was known as the “Fixer” and was never too far from his toolbelt. No matter how cold or hot it was outside, or how difficult the task, he would be there to lend a helping hand.

His laughter was infectious, his love for life was evident and his fighting spirit was undeniable. Vincent survived the unthinkable, picking himself up out of situations which have defeated so many. He didn’t let his past mistakes dictate his future. He lived life on his own terms and wrote the pages of his life story the way he wanted the world to read it. Vincent understood, in his short 58 years, that life is about our connection to each other, taking comfort in each other’s company and joy in each other’s success. He believed in the power and strength of his family. He knew that united, any obstacles can be overcome, simply stating: “Because that’s what Silmons do.”

On behalf of the family, we encourage you share your personal experiences and preserve the memory of Vincent for future generations to come.

Be the first to post your most treasured memory of Vincent. Show your support by sharing a personal message or story on the tribute wall, meaningful photo or video, and/or sending a gift or flower.

To order memorial trees or send flowers to the family in memory of Vincent Eugene Silmon, please visit our flower store.