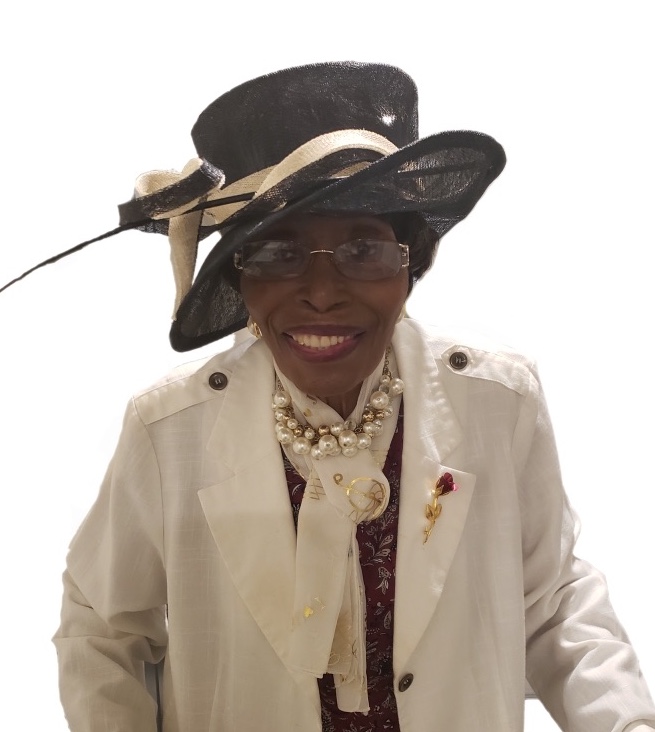 Mother Vessie Hargrow, age 96 gained her heavenly wings on Tuesday, May 10, 2022. She was born to the late William and Georgia L. Ashby on May 25, 1925 in Princess Anne County currently known as Virginia Beach. She resided in the New Light community for many years and was loved and well respected by all. She was affectionately called “Wee-O” and “Red Gal” by family and friends. Mother Hargrow retired from Norfolk Public Schools as a custodian where she became an adopted Mom for many students at Booker T. Washington High School and has kept in touch with many of them over the years. On January 15, 1958, Mother Hargrow married Henry Lee Hargrow and from this union they had one beautiful daughter, Lavalette. Mother Hargrow was a strong, giving and loving woman. She wasn’t afraid of anyone or anything. She always spoke her mind and gave great counsel because she wanted everyone to live their best life happily. After retirement, she started baby sitting in her home; this allowed her to continue touching the lives of many children. She was very stern, but fair and loved most for her honesty. Mother Hargrow has been a member of New Light Baptist Church her entire life. She loved God, her church, and her family. One of her greatest honors was when Bishop Rudolph B. Lewis, Sr. named her “Mother” of the Church. Serving as a dedicated member of the Floral Club, Pastor’s Aide, Addie Hammond Seniors Ministry, the Senior and Gospel choirs also gave her joy. Music and good singing were her passion; and she attended the “Singings” at every opportunity. She was known as the “Yok Queen”; no one could cook it better. It gave her great pleasure to be a giver and just helping people. Weekly, she drove around Hampton Roads giving away bread and vegetables. As a gleaner, she often picked the vegetables that she gave away. Her giving spirit ensured her abundant blessings, and she was never without. Mother Hargrow was predeceased by her husband, Henry Hargrow; parents; sisters: Essie, Doris, Annie, Elsie Mae, Emma and Joycelean; her brothers: John, Elton, Bernard, Bennie, Jessie, Sr. and Walter; stepchildren: Deborah Tiggs and Vernon Hargrow. Mother Hargrow leaves to cherish her memory, one daughter, LaValette Boney; two stepsons: Henry “Junie” Watson (Irene) and Melvin Simmons (Merdell); two grandsons: Dave “DJ” Martin, II (Precious) and Magnus Martin; five great grandchildren: Danayah, Dakari, Mai’Angel, Maliyah and Cherish; six step grandchildren: Feliscia, Terrell, Renata, Winetta, Edmond and Jamal and their children; one sister, Earlean Wilkins; along with a host of other nieces, nephews, cousins, friends and especially adopted daughter, Debra Smith. Memories last a lifetime only if you share them.

On behalf of the family, we encourage you share your personal experiences and preserve the memory of Vessie for future generations to come.

Be the first to post your most treasured memory of Vessie. Show your support by sharing a personal message or story on the tribute wall, meaningful photo or video, and/or sending a gift or flower.

To order memorial trees or send flowers to the family in memory of Vessie Hargrow, please visit our flower store.