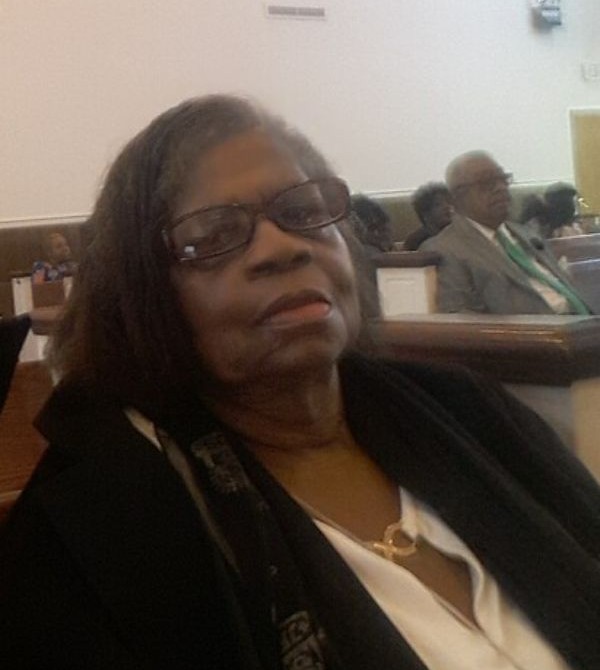 Verterly Katherine Parker, the eldest of five children, was born on October 28, 1953 to the late Daniel Cassell Parker and Mary Virginia “Ginni” Parker of Portsmouth, VA.  On July 2, 2022, God called to rest one of his faithful and beloved daughters.

Affectionately known as “Stinky”, her early years were spent in Portsmouth with her parents and siblings. Verterly attended John Marshal Clark Elementary and Clark Jr. High.  In her late teens, she moved to Crestwood to live with her late paternal grandparents, John and Vertly Cherry. She graduated from Crestwood and married her first love Randolph Jones and from this union came her first born, Alvarescha . She later moved to Foundation Park and then had her second child, Lakeya.

Professionally, Verterly worked at Chesapeake General Hospital in the Food Service Department where she retired after many years of service . She later became a loving and compassionate caregiver.

Spiritually,  she accepted Christ while going to church down in Money Point, VA.  She later joined Mount Lebanon Baptist Church in the Campostella area of Norfolk. Some of her greatest joys were her children and grandchildren. She would pick up the neighborhood children along with her grandkids and bring them to church and Vacation Bible School. She loved attending Women’s Ministry, singing in the Women’s Day choir, and serving on the Culinary ministry. She loved church fellowship and witnessing about Jesus!

Verterly cherished the time spent with her daughters, grandchildren and great grandchildren. They could always count on her!  Her love for family and friends was contagious and she will be greatly missed.

To order memorial trees or send flowers to the family in memory of Verterly Katherine Jones, please visit our flower store.