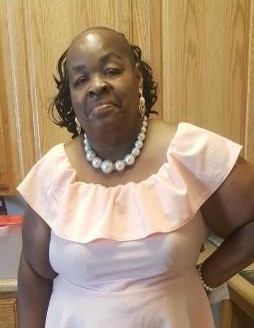 Veronica Reeves Sanderson entered into eternal rest on Sunday, July 8, 2018 in Virginia Beach, Virginia surrounded by her loving family. “Rump” as she was affectionally called; was born February 10, 1953 to her parents; the late Eleanor and Ralph Reeves, and was a long-time resident of Virginia Beach, VA.

Veronica was a wonderful mother, grandmother, niece, cousin & friend.  She was predeceased in death by her Son, Clifton Reeves and sister Joy Reeves Griffin.

To order memorial trees or send flowers to the family in memory of Veronica Anne Sanderson, please visit our flower store.