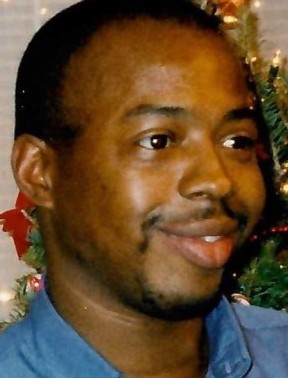 Shawn Kim Simpson, Sr. was born on June 23, 1967 in Los Angeles, California to Mr. & Mrs. Donald Simpson and Christine Simpson. Shawn was a fun-loving and friendly youngster who was active in sports while growing up in Southern California. Shawn enjoyed bike riding, basketball and especially swimming - participating on a swim team. Intellectually curious from an early age, Shawn would often tinker with household items because he always wanted to know how things worked. Shawn and his family moved several times while living in California. During Shawn’s early years, his family attended several Seventh-day Adventist Churches in the Los Angeles and Long Beach areas. Shawn was a good student and excelled while attending three different private Seventh-day Adventist schools. When not in school, Shawn was usually outside playing and exploring his neighborhood.

The family eventually relocated from Los Angeles, California to the Bronx, New York where Shawn graduated from Herbert H. Lehman High School. Shawn never lost his intellectual curiosity. During his teenage years, Shawn developed a love for everything related to computers. Shawn then went on to LaGuardia Community College in pursuit of his Associates Degree in IT.

Shawn met his sweetheart Sharon as a teenager. They began their adult life with the birth of Valenae’ and their first son Shawn, Jr. in the Bronx, New York. Shawn relocated his family to Newport News, Virginia. After the birth of their second son, Quincy, Shawn and Sharon moved to Norfolk, Virginia and began 20 years of marriage on December 18, 1999.

While residing in Norfolk, Virginia Shawn continued to work as a computer programmer analyst in the IT technology profession. During his down time, he preferred spending quality time at home watching sports, especially basketball, football and boxing. Shawn enjoyed working on his house and cars, and passing on that knowledge to his kids and friends. His favorite pastime was perfecting his bar-b-que skills.

“Though our hearts are heavy, we are honored to carry the weight because it reminds us of you.”

On behalf of the family, we encourage you share your personal experiences and preserve the memory of Shawn for future generations to come.

Be the first to post your most treasured memory of Shawn. Show your support by sharing a personal message or story on the tribute wall, meaningful photo or video, and/or sending a gift or flower.

To order memorial trees or send flowers to the family in memory of Shawn Kim Simpson, please visit our flower store.