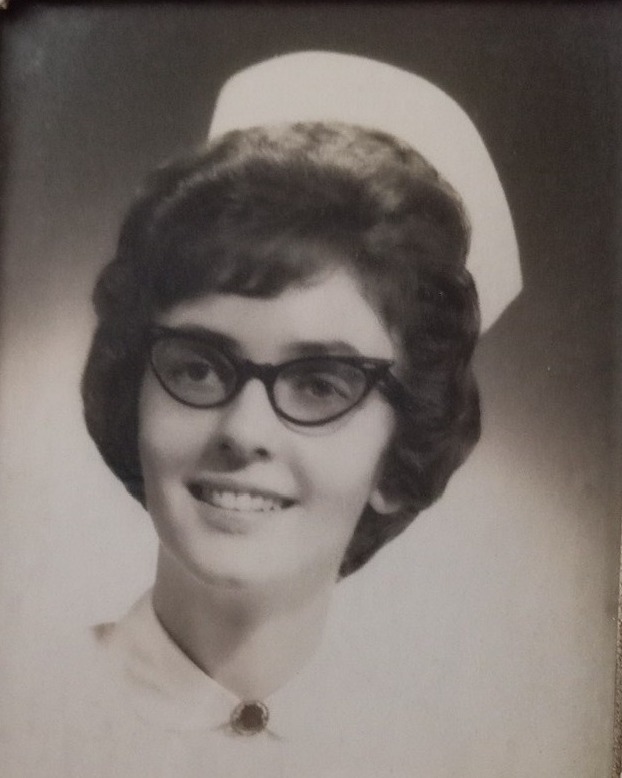 Sandra Lynn (“Sandy”) Anderson, of Virginia Beach, VA, passed away on January 11, 2023.  She was born to the late William Clyde Notestine and Eileen Mary Bockelcamp on January 15, 1943.  She was also predeceased by her older brother Kenneth Notestine.  Sandy is survived by her loving husband Darl Duane Anderson, her sons David John (Lisa), James Lawrence (Bonnie), Jeffrey Allen (Jackie) and 10 Grandchildren, Alicia/Ashley/Michael (David/Lisa), Hayden/Seth/Jarrod/Jack (Jim/Bonnie), Matthew/Jenna/Melissa (Jeff/Jackie).  She is also survived by her niece Karen Notestine.  She leaves behind her two sisters in-law Linda Gavitt and Darla Bortz as well as many nieces, nephews, great-nieces and nephews and extended family members and friends to fondly remember her.

Sandy graduated as a Registered Nurse from the prestigious Hahnemann Hospital Nursing Program in Philadelphia, PA.  She met her husband at a YMCA dance in Philadelphia and remained married for 59 years until her death.  She left nursing to become a full-time mother and proudly raised her three sons and returned as a part-time nurse for the VB School System and worked in other administrative positions until her retirement.  She was a lifelong member of St Nicholas Catholic Church where she participated in the Prison Ministry Program, Hospital Visitation and Care Program, and assisted with numerous administrative Church responsibilities.

Funeral visitation services begin Friday January 13 at 10:00 a.m. at St Nicholas Catholic Church, Little Neck Road in Virginia Beach followed by a full mass at 11:00 am, and a light reception after the service. She will be transported to the Hill Crest Cemetery in Sonestown, PA for a small grave side service on Monday January 16th.  In Lieu of flowers donations can be made to the Alzheimer's Association, American Heart Association, or the National Breast Cancer Foundation (from which her Mother passed when she was nine years old)

To order memorial trees or send flowers to the family in memory of Sandra Lynn Anderson, please visit our flower store.