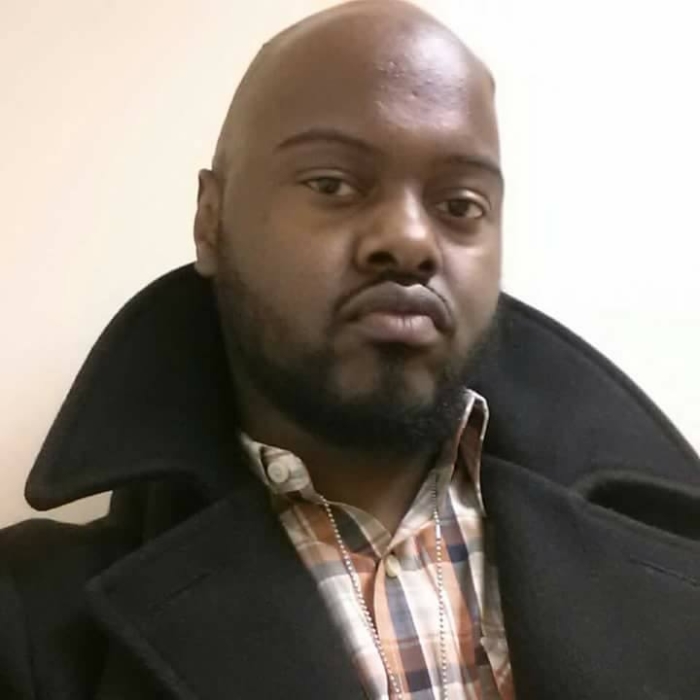 Robert Eugene Stitt, Jr. affectionately and widely known simply as Rob, was born on September 2, 1978 in Jersey City, New Jersey to Carolyn Mcquilla Stitt and Robert Stitt, Sr. He transitioned peacefully from this earthly realm into life everlasting on May 28, 2018 in Portsmouth, Virginia.

Rob was a person who could not be simply described using one word or even a plethora of them. He was an original in a world of carbon copies. Rob never met a person whom he could not engage in conversation or didn’t leave an indelible impression upon.

Robert’s early education was gained in the Portsmouth Public Schools system culminating in a diploma from the illustrious Woodrow Wilson High School in 1996. While at Wilson, Rob displayed a penchant to be an accomplished musician as an integral member of the marching band, where he was a member of the trumpet section affectionately known as “TU”.   His love for people and his endearing personality culminated in him being voted Homecoming King his senior year.

He continued his education at “Big State” formally known as Virginia State University. While there he marched for four years in the Mighty Trojan Explosion as a member of the “Sounds of Insanity” trumpet section, participated in the concert and pep bands, served in the Public Administration Association, was a resident assistant and earned a Bachelor’sDegree in Public Administration.  Following his graduation in 2000, Rob went on to work as an in-home counselor until branching off into the entrepreneurial world by creating businesses in both personal massage therapy and resume writing.

Another source of pride in Rob’s life was his membership in the Zeta Lambda Chapter of Alpha Phi Alpha, Incorporated. He shared in the fraternity’s beliefs of developing leaders, promoting brotherhood, academic excellence, and providing service and advocacy for our communities. While his service as a man of Alpha was brief, it made a lasting impact on his life.

A multi-faceted man, Rob felt his most rewarding job was being a father. His sons Keyon and Seven, have served as inspirations and points of focus in his life. He never wavered in his love for them and strived to be as impactful on their lives as his parents were on his. He was a constant source of guidance, wisdom and love to them. His only wish was for his influence to lead them to be even better men than he.

An avid hip-hop fan with a special affinity for the Wu Tang Clan, Rob’s life and love of music could be summed up with the words from his favorite song Triumph, “Light is provided through sparks of energy from the mind that travels in rhyme form, giving sight to the blind the dumb are mostly intrigued by the drum, death only one can save self from this relentless attack of the track spares none”.

The Family is requesting that if you desire to send personal cards, flowers or monetary gifts:

Please send it to:

To order memorial trees or send flowers to the family in memory of Robert Eugene Stitt, Jr., please visit our flower store.