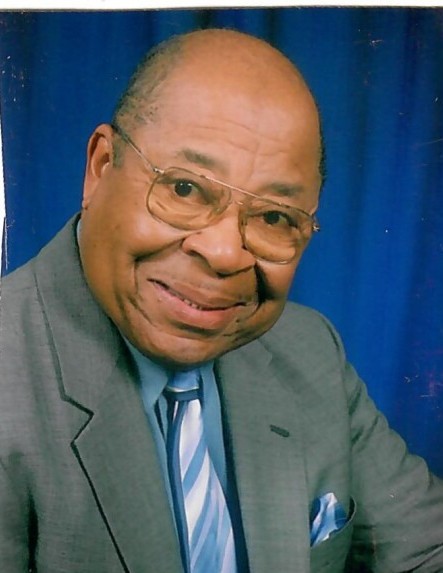 Deacon Robert Lee Brown, Sr.  passed away on Thursday June 11, 2020 in Sentara Hospice House Virginia Beach, Virginia. A Norfolk native, Robert Lee Brown was born on March 2, 1926 in Norfolk, VA. His parents were Viola Brown and Lloyd Corprew, Sr. His mother died in childbirth, and his grand- mother Willietta Brown raised him. To help out, he worked nights as a laborer at the Naval Air Station (NAS).

World War II started and Robert was drafted in 1942 into the United States Army. Return- ing home in 1944, Robert reclaimed his NAS job retiring on Jan 3, 1986 from Naval Air Re- works Facility with 42 years of service as Production Controller.

In 1951 he married Lois Wilson in a wedding ceremony at the Shiloh Baptist Church. Together they had one son, Robert L. Brown, Jr. He moved his membership from New Calvary Baptist Church to Shiloh. He attended Sunday School regularly, joined the Hodges Bible Class, became the class teacher, and later became Superintendent of Sunday School. Deacon Brown did “whatever he could do to help build the Kingdom of God”. He was a Vacation Bible School Teacher, Head Usher, President of the Male Chorus, member of the Finance Ministry, Kitchen Ministry Volunteer, advisor to Generation One Ministry and member of the SBC Brotherhood.

He became a deacon in 1958; and served as Deacon for 62 years and was Chairman of the Deacon and Trustee Board for twenty-three years (1989-2012). He was as a member of the Lott Carey Foreign Mission Board, Lott Carey Men on A Mission, Teacher/Trainer for the Virginia Baptist State Convention, member of the Tidewater Metro Baptist Layman's League, and was honored as “Missionary of the Year” with the Tidewater Peninsula Baptist Association.

Deacon Brown was loved and respected at Shiloh, where the membership held him in the highest regard. He was a servant and supporter of the Lord, a Christian who followed the dictates of the Bible. He used his strong and commanding voice to direct and affirm. His presence made a difference in the atmosphere of the church. At the age of 80 he swooned Erma L. Carter. On Saturday, October 14, 2006 he married his new found love. He shared with his “Sugar Puddin” a loving relationship that was evident to anyone who knew them or to anyone who was ever in their presence. They shared fourteen years of marital bliss.

He was a member of the L & J Gardens Civic League, Watchman for L & J Gardens Neigh- borhood Watch. Robert was a 32nd degree Master Mason holding membership for over fifty years and was former Secretary of Unity Lodge #93 Prince Hall Masons.

On behalf of the family, we encourage you share your personal experiences and preserve the memory of Robert for future generations to come.

Be the first to post your most treasured memory of Robert. Show your support by sharing a personal message or story on the tribute wall, meaningful photo or video, and/or sending a gift or flower.

To order memorial trees or send flowers to the family in memory of Robert Lee Brown, Sr., please visit our flower store.