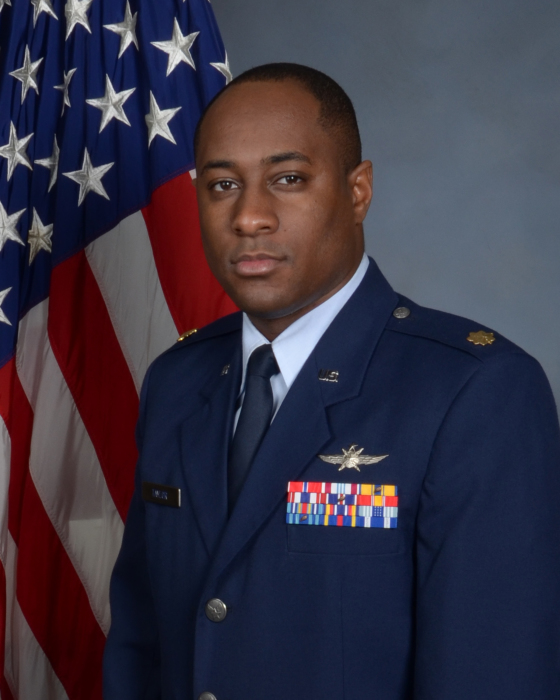 Rahson A. Taylor passed away on Sunday December 15, 2019 at home in Bonaire, GA surrounded around family.

Rahson Amir Taylor was born on July 12, 1985, in Pottstown, PA to Thaddeuse Taylor and Sharon Warren. The oldest of three children, the family relocated to Chesapeake Beach, VA in 1993 where Ray (as he was affectionately known) attended Indian Lakes Elementary School. From an early age, Ray excelled in academics and sports. In 1998, he was named Brandon Middle School City Wrestling Champion a remarkable feat for a contender at just 77lbs. Ray wrestled competitively throughout his time at Salem High School, reaching the Regional Semifinals in 2003. He also started as cornerback on the Salem High School Championship Football team.

In 2003, Rahson began his studies at Howard University in Washington, DC, where he embarked upon a degree in Computer Information Systems while enrolling in Air Force ROTC. Outside of the classroom, Rahson would regularly quote his favorite rappers and freestyle his own raps “repping” his 757 area code. After graduating from Howard University in 2007 with a BS, Rahson entered the Air Force and was stationed at Lackland Air Force Base in San Antonio, TX, where he earned an MBA from Our Lady of the Lake. There, Rahson met the love of his life, Erika Stevenson. Following an eight-month deployment in Afghanistan in 2010, Rahson returned to the States in 2011 and was stationed in Laurel, MD along with Erika and Diamond, her daughter,who Rahson helped to raise and loved as his own.

Rahson and Erika married on December 4, 2013, and welcomed their son, Jasiah, on December 26, 2013. Rahson and Erika loved being together. They enjoyed date nights, traveling, and spending time cheering on Jasiah and Diamond at extracurricular activities. Rahson was a great husband and father. Rahson quickly rose up the military ranks being promoted to Captain in 2011 and to Major in 2017. Rahson’s final Area of Responsibility included Command Control, Communications and Computers, Combatant Commanders, Full Motion Video, Humanitarian Relief Operations and Assistance/Disaster Recovery, Rapid Access Package, Search and Rescue, Tactics Techniques and Procedures, and the US Navy. Rahson was named Officer of the Year in 2017.

A devout Christian, Rahson leaned on his strong faith and loved ones for support as he relentlessly battled a rare form of kidney cancer for two years, all the while using his story as a testimony to inspire others. He passionately loved his family and friends. He was known for sharing advice and listening without judgment. He enjoyed every family gathering, giving him the opportunity to eat Grandma’s biscuits, check up on his cousins, and make jokes with his siblings. On the evening of December 15, 2019, Rahson peacefully transitioned to eternal life
at home surrounded by family. He will be remembered for his caring nature, positive outlook and witty sense of humor.

On behalf of the family, we encourage you share your personal experiences and preserve the memory of Rahson for future generations to come.

Be the first to post your most treasured memory of Rahson. Show your support by sharing a personal message or story on the tribute wall, meaningful photo or video, and/or sending a gift or flower.

To order memorial trees or send flowers to the family in memory of Rahson Amir Taylor, please visit our flower store.