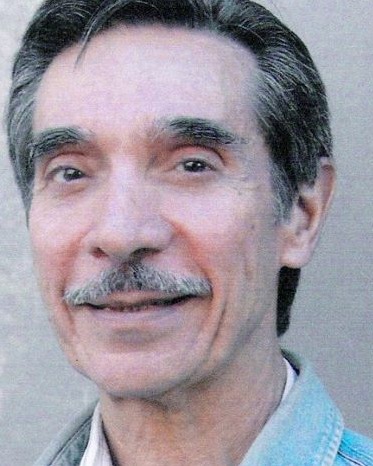 Peter Salvatore Miceli transitioned from the Earth Plane on December 16th after a long journey with Alzheimers and Non-hodgekins Lymphoma.

Born in Ribera, Sicily, Peter immigrated to the U.S. with his family when he was 6 years old. He would become a jack of all trades and a master of several—and have a series of careers. Peter attended a technical high school and trained to be a machinist. That was his first career, interrupted by three years of service in the U.S. Army.

Peter then became a police officer with the NYPD. Because he was fluent in the Sicilian dialect, Peter worked with an intelligence unit investigating organized crime. He translated wiretapped conversations of mafia members and sometimes went undercover. During that time, Peter earned a degree in criminal justice from John Jay College.

After 20 years with the NYPD, Peter retired from that career and started a landscaping business, which he maintained for several years. He then worked in security at Howmedica in New Jersey, a branch of Pfizer.

Peter was a member of the national Association for Research and Enlightenment and a volunteer for the New York branch of the organization. He met his wife, Lynne, through the A.R.E. Peter’s involvement with A.R.E. eventually led him to leave his career in security to study at the Cayce-Reilly School of Massage and take up a new role as a licensed massage therapist.

Peter prospered in life, and he wanted to help other people do the same. He developed a course in Prosperity, which he taught at a neighborhood center in Upper Manhattan, and also at the A.R.E. of NY. He also taught Public Speaking and facilitated The Artist’s Way groups at A.R.E. of NY.

Always an avid gardener, Peter completed the training to become a Master Gardener after he and his wife Lynne retired to Virginia in 2009.

Peter always loved to sing and had a good voice—but through most of his life, he was reserved about singing in public. In his later years, however, he sang joyfully almost everywhere he went. He is remembered in the congregation at St. Paul’s Episcopal Church in Norfolk for his singing during the after-service gatherings.

Peter was a kind and gentle man, a loving husband and devoted father and grandfather. He is survived by his wife, Lynne, sister Serina, two sons, Anthony and Steve—and three granddaughters, Elyse, Nicole and Stella. He will be profoundly missed by the many who loved him.

Services for Peter will take place on Dec. 30th 1:00, at St. Paul’s Episcopal Church. Following the service, Peter will be buried at Woodlawn Cemetery in Norfolk.

The family requests that, in lieu of flowers, donations may be made to the Alzheimers Association:  https://act.alz.org/site/Donation2?df_id=51079&51079.donation=form1&mfc_pref=T&utm_source=google&utm_medium=paidsearch&utm_campaign=giving_google_SL&gclid=Cj0KCQiA14WdBhD8ARIsANao07gU7DzeVdaaXndapPQAKhP1LoetSkmPj_-t_PAxCDze7FDBiMYpSJwaAsE-EALw_wcBO&fbclid=IwAR380TOm-yIPaFhfgp3MvCnM-3aUmBH2ThJOmTsjXTtQGzd5UuUNVANcMUI .

Or to the Association for Research & Enlightenment of NY: https://edgarcaycenyc.org/index.php/about-are/make-a-donation .

To order memorial trees or send flowers to the family in memory of Peter S Miceli, please visit our flower store.