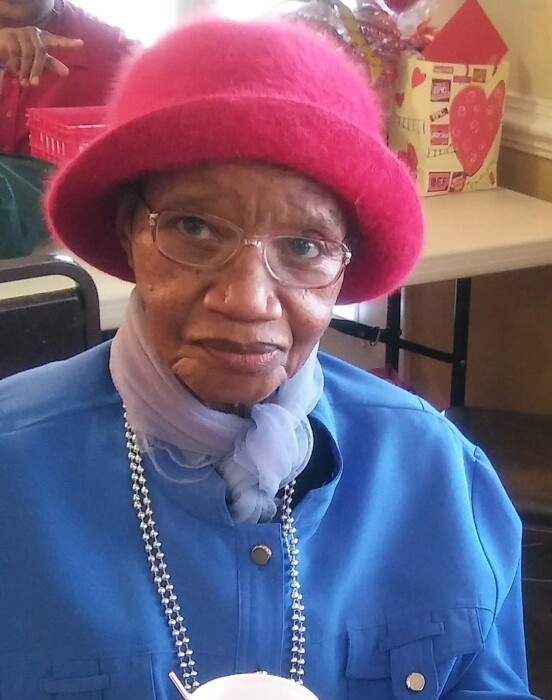 On Saturday, February 6, 2021 God picked a special flower called Oprah home at the beautiful age of 92. She was born on December 31, 1928 to John and Coatney Relaford.  She was the 7th of twelve children. Oprah grew up in Bulloch County, Georgia where her parents were sharecroppers.  The family later moved to Liberty County where they purchased 12 acres of land and built their own home.  Later, Oprah moved to Pittsburgh, PA as a young woman and met and fell in love with Moses Hodge, a sergeant in the US Air Force. They married on December 14, 1952 and began their lives as a military family. To this union were born five children: Ronnie, Paula, Jason, Erica and Tammy. Air Force life took them to such places as Delaware, Pennsylvania, Alaska, Texas, New Jersey, Arkansas, and Japan.

Oprah was a spirited individual who always had a word of encouragement or wisdom for just about anybody she talked to. She constantly told great stories and could vividly reminisce about a story in great detail from her past that made you feel you were right there with her. She enjoyed bowling, skating, playing scrabble and gardening.  She had an amazing green thumb that could get anything to grow or bring any plant back to life.  She always made time to help anyone in need whether through babysitting or childcare, house sitting, taking neighbors to doctor’s appointments or being a companion to a senior citizen (often times she was the older senior citizen!).  Once you met Oprah and witnessed her Camel Walk dance, you would never forget her.

She leaves behind five children to cherish her memories. She is survived by her three sisters Olner, Ora Mae and Barnease; two brothers Andrew and William; seven grandchildren Kwesi, Khary, Ebon, Taryn, Maya, Ayanna and Jada; two great grandsons Amir and Asani; one son-in-law Johnnie, two daughters-in-laws Carmen and Dawn and a host of nieces, nephews and friends. Her two sons-in-laws Isaac and Donald preceded her in death.

On behalf of the family, we encourage you share your personal experiences and preserve the memory of Oprah for future generations to come.

Be the first to post your most treasured memory of Oprah. Show your support by sharing a personal message or story on the tribute wall, meaningful photo or video, and/or sending a gift or flower.

To order memorial trees or send flowers to the family in memory of Oprah Hodge, please visit our flower store.