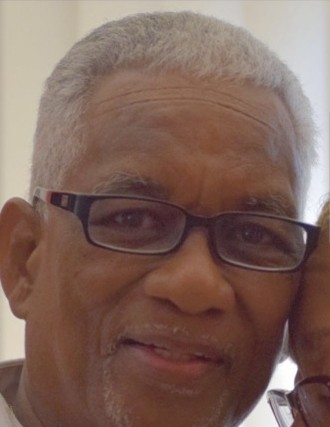 Noel Major husband of  Lucy Major  transitioned on Thursday, January 3, 2019 at his home in Norfolk, VA. Soul is Anchored in the Lord" Noel Franklin Major. known as Frankie, was a loving. funny, and kind man who would do anything to help those in need. He was born on August 30, 1945 in Colon Republic of Panama to the late Inez Henry and Noel P. Major. He was preceded in death by his sister Olga and brother Alfonso. As a young child, Frankie was raised in the city of Colon with his brothers and sisters. He always loved to share stories of his childhood days with everyone.

He was adventurous and boasted of being a Boy Scout Leader. Going camping and learning survival skills in the jungles of Panama was a huge treat for him. He enjoyed going crabbing during the rainy season in Panama and harvesting mangos, which he loved with a passion. After graduating from high school, he became a Merchant Seaman. exploring the world for a short period of time. As time went on. Frankie was introduced to the electrical trade and discovered that he had another skill.

Not being satisfied. Frankie wanted more, and he joined the Cuerpo de Bornberos, as a volunteer firefighter. After several career changes, he decided it was time for a change an made his way to the United States to join his siblings in Virginia. Less than a month after arriving in Hampton Roads. he met the love of his life and his soulmate, Lucy. He became a member of the Basilica of St. Mary of the Immaculate Conception and was an active member of the Eucharistic Lay Ministry. Cleaning Team, Elderly Meal Program, Knights of Peter Claver and Marriage A wareness. He later became a member of Second Calvary Baptist Church and was a devoted usher and participant in the International Day events.

Frankie will be remembered for his extraordinary faith and his love for God. His life was a testimony of love. He was a hardworking and dedicated man to his family and friends. He loved his Salsa music and we all know how much he enjoyed being a New York Yankees and Washington Redskins fan. In his later years. he learned how to play double steel pans with the Mosaic Steel Orchestra.

It is the desire of the Major family that you keep them in your thoughts and prayers.

To order memorial trees or send flowers to the family in memory of Noel Franklin Major, please visit our flower store.