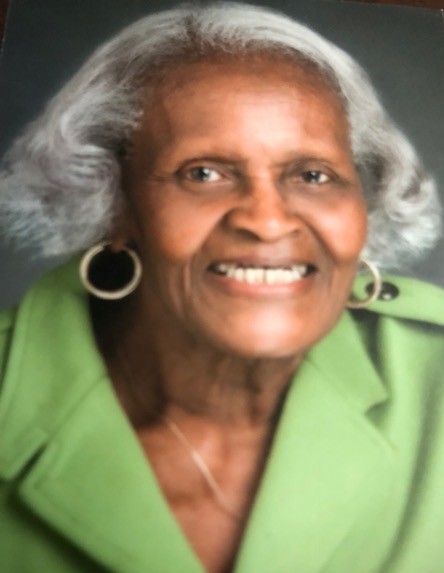 On February 5, 2018, Minnie Lee Johnson Jackson softly declared, “I want to go to Heaven, I want to go to Heaven.” That very night she went home to be with her Lord and Savior, Jesus Christ, whom she had received as a child at Liberty Hill United Methodist Church. Minnie Lee “Jenny Bell” was born March 28, 1925 to Mose and Flora (Patrick) Johnson and is the youngest of seven siblings. As a young child, after the passing of her mother, Minnie was sent to live with relatives in Tampa. It is in Tampa, that she graduated from Middleton High school.

In 1955 Minnie journeyed  with her two older sisters to New Haven, Connecticut, where she met Henry “Jack” Jackson. They were married on January 28, 1968, for thirty-seven years.

Always active and social, Minnie and her sister, Eloise traveled extensively visiting several countries, including Africa and Spain; these were cherished memories, that she loved to share with family and friends. Minnie was also a member of Bethel A.M.E. Church serving as a church school teacher, on the stewardess board and singing with the gospel choir. She was Daughter Ruler of Pocahontas Temple No. 55, as well as a member of the Duchess club. Minnie was very proud to be a lifetime member of the National Council of Negro Women. Her most cherished job was that of Resource Librarian for the City of New Haven public school.  Even after retiring, she would often return as a volunteer with what she affectionately labeled as “my” school.

After the death of her husband, she moved to live with family in Virginia Beach in 2008. In Virginia Beach, she attended church at Greater Saint Andrews A. M. E. and was adamant about remaining an active member through tithing and communion even when she had become ill.  After visiting often with family at New Light Baptist church, she became a member of the Addie Hammond’s Widows and Senior Ministry. Minnie loved being active with the New Haven Recreation Center Senior group which she continued to do with the Kempsville Silver Slipper in Virginia Beach.  Minnie was an avid bowler, which she loved almost as much as she loved shopping.

To order memorial trees or send flowers to the family in memory of Minnie Lee Jackson, please visit our flower store.