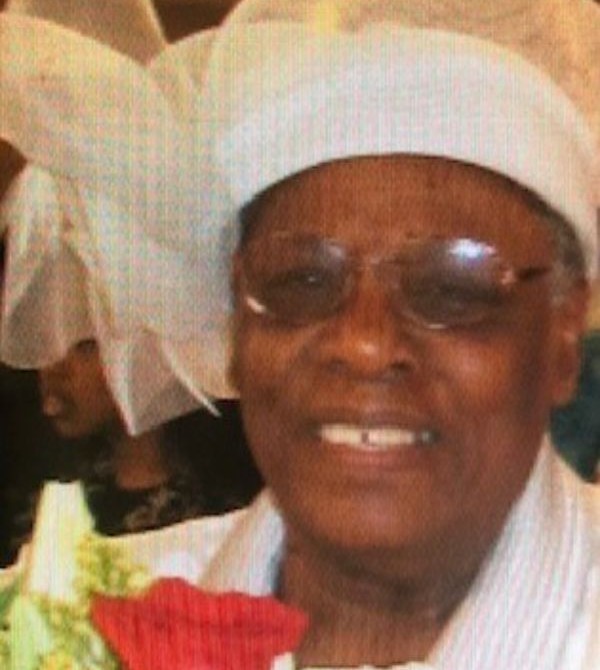 Mary Ellen Whitehead was born on September 13, 1932 to the late Charlie Myrick and Mary Elizabeth Myrick in Southampton County Virginia.

Mary met Uylsses Whitehead in 1946 and the two fell in love.  They were united in Holy Matrimony on January 14, 1950. Throughout their union they had six children.  They shared 56 years together before God called Uylsses home.

Mary accepted the Lord at the age of eighteen under the leadership of Pastor Mitchell in Franklin, Virginia, until she relocated to Amityville, Long Island NY.

To care for her family Mary worked at the United States Post Office for a few years before resigning to work at Brunswick Hospital as a Central Supply Tech; Mary stayed for more than a decade before retiring to become a family caregiver for the mental ill. This is where Mary’s calling for fulltime ministry became effective.

There she joined Amityville Gospel Tabernacle, under leadership of Bishop William H. Walker. Mary served on the missionary board and sang in the choir; she had a beautiful soprano voice. Mary studied at The Bethel Bible Institute in 1970, where she obtained a Master’s degree in Biblical Theology.  Mary loved the word because it was her firm foundation. Mary’s goal in ministry was winning souls to Christ.

Mary joined Perfecting Faith Church in 2002, under the leadership of Pastor Donald A. McClurkin.  Their Mary became the Department Head of the Mother’s Board where she served faithfully until her transition to Heaven.

Mother Whitehead was preceded in death by her parents, siblings, husband, and son Stanley Whitehead.

To order memorial trees or send flowers to the family in memory of Mary Ellen Whitehead, please visit our flower store.