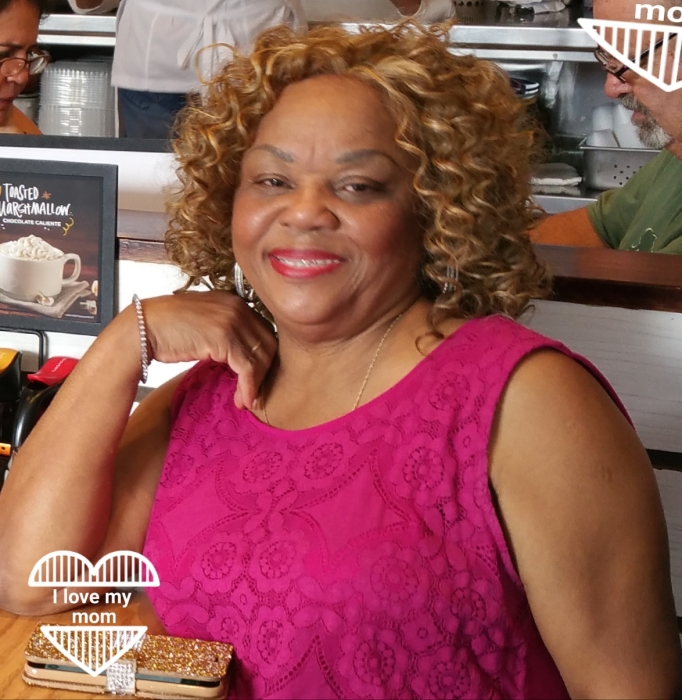 Marcia Patricia Alexander James was the first child born to the late Hilda May Alexander and Roseman Alexander Sr. Marcia was born on the 27th day of October 1947 in Gorgas Hospital Canal Zone. She attended Balisario Porras and also attended Liceo de Senoritas. She graduated from Practica deComercio with a degree in bilingual secretary. She married to Victor Ernesto James Sr. for 46 years.

She had 3 wonderful children Victor Jr, Evelia and Janina. In 1979 she joined the United States Army and her career was a Nuclear and Biological Weapons Specialist Staff Sargent. After her career ended she resided at La Pulida Town Site. She was an active member of Iglesia Episcopal San Juan. She was incharge of the cooking project as well as being an usher. She belonged to the Angeline Men's Club. She belonged to a Pokeno Club and also was a member of the VFW Auxiliary 3835. Her favorite entertainment was playing bingo and spending time with her family.

Mother you fought a good battle. God makes no mistakes . He needed another Angel. You were taken from us to soon ....Your vibrant spirit will be with us always You thought us that love has no boundaries.

That family and friends meant the world to you. Your love for life and your willingness to fight for it was amazing! You truly will be missed and never forgotten. I mourn your loss, but I know that you are on a much better place with the lord. Like your favorite song "Neither one of us wants to be the first to say goodbye." So we say farewell for now.

You left a great Gap in our hearts with your departure. You were a great mother, wife, sister, friend and your deeds show it. You looked out for many and showed compassion for your fellow man which spoke volumes.

You thought me that it if I really wanted something bad enough that there was no boundaries and I
could achieve it. Someone once asked me, who was my hero and without hesitation I proudly said "my mother".

You will always be my hero I really miss your smile, your touch, your giving nature, your soul. You showed me what a warrior really was made of. With your courage to fight and zest for life!

You fought a brave battle, but now you will be one of God's soldiers in heaven as you were here on heart.So farewell for now until we meet again my love, because you are my love!

To order memorial trees or send flowers to the family in memory of Marcia Patricia James, please visit our flower store.