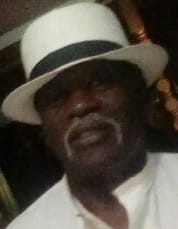 â€‹Leon Andrew Brown peacefully entered a place of rest on December 3, 2018, at 4:40 p.m. in VA Hospice Facility. He was born in Portsmouth, Virginia, the sixth child to the late James A. and Mary Richardson Brown. He was preceded by three brothers and two sisters: Samuel Brown, William Brown, Richard Jerome Brown, Sr., Lois Pierce, and Annie Fortune.

â€‹Leon attended I.C. Norcom High School and was drafted into the United States Army April 15, 1967 until April 14, 1968 serving the Vietnam War.  During that time, he received an honorable discharged.  Upon discharge from the U.S. Army, Leon continued his career in the residential property maintenance field. Mr. Brown also developed a mighty rapport with many people in his community due to his work ethics. Leon A. Brown was the life of the party.  Leon loved the color white especially his white shoes.

â€‹Leon A. Brown married the love of his life, Vivian on October 28, 1962 at her home church New St. Thomas Baptist Church, Portsmouth, Va. Their 46 years martial union produced two loving sons, Robert N. Brown and Sterling A. Brown. The family traveled many times during his military career. The Browns became the residence of Washington Park where his two sons were raised.  After the death of his wife Vivian E Brown, he moved to Waterbury CT. and became a member of Zion Baptist Church where the pastor is Rev. Calbert Brantley. He later returned to Portsmouth, VA to care for his ailing family member.

You will be greatly missed but we had to let you go!

To order memorial trees or send flowers to the family in memory of Leon Andrew Brown, please visit our flower store.