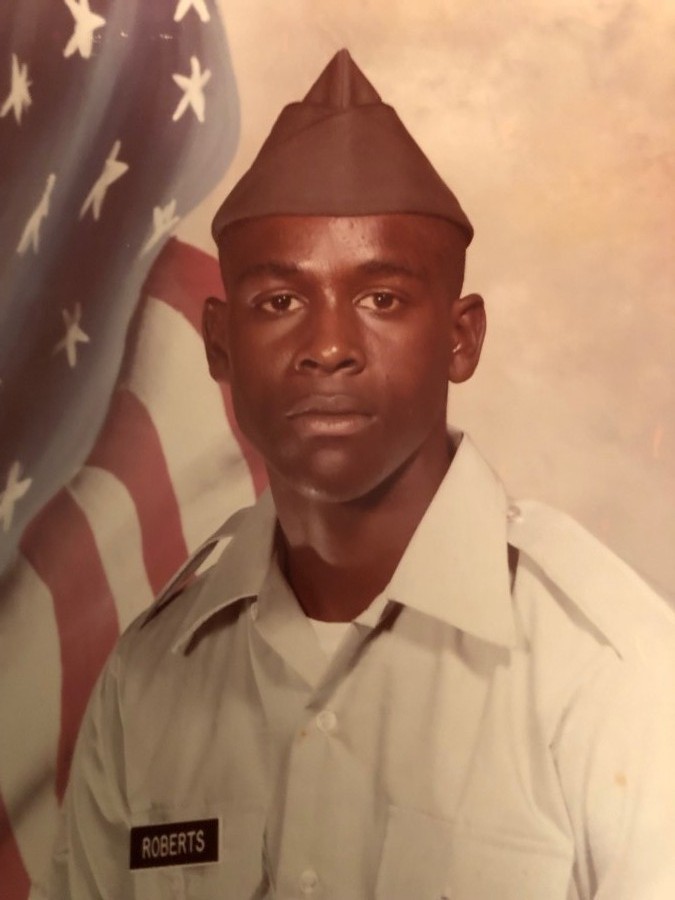 Kirk E. Roberts transitioned on, Friday March 15, 2019 at his residence.  Kirk Emmanuel Roberts was born on July 21, 1964 in Norfolk, VA. His parents raised him in a loving family environment. He was affectionally known as “baby boy” by his mother Ellie Twine Roberts and late father Adolphus “Dot” Roberts, Sr. He was a “late” child and a special joy for his family. He grew up in C. H. Mason Memorial C.O.G.I.C., where he sung in the Children’s Choir. Kirk graduated from Booker T. Washington High School in 1982.

After graduation, he joined the U.S. Army. He served most of his four years of active duty in Germany and returned to serve in the Army Reserves for 12 years. During his tenure in the Army Reserves, he joined the Virginia Department of Corrections in 1990 as a Corrections Officer, where he was employed to-date, over 25 years.  He married Verenda “Cheryl” McCown on April 29, 1994. Kirk returned to active duty for the remainder of his 23 years of military service. He provided security services for over 10 years at G4S. He enjoyed cooking, watching the History Channel and listening to music. He was known for his laughter and jokes. When he wasn’t working, he enjoyed spending time with family and friends.

It is the desire of the family that you keep them in your thoughts and prayers.

To order memorial trees or send flowers to the family in memory of Kirk Emanuel Roberts, please visit our flower store.