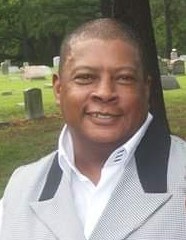 Kelvin Wayne Somerville, age 64, received his wings and left us to embark on his spiritual journey Monday, November 19, 2018 in Bon Secours DePaul Medical Hospital. Kelvin Wayne Somerville (aka) Wayne was born December 18, 1953 in North Carolina to Annie McNeil and the late Timothy Bobbitt.

With a voice so soft and sweet Kelvin started singing at the age of 13 and later went on to recording himself and others in his homemade studio at the age of 16. Graduating from Lake Taylor High School in 1970 Kelvin was a star athlete! Even though Kelvin was the shortest one on the court he had game and he so loved playing basketball.  His hobbies included music, movies and going to the gym. After pursuing a career in music, performing and recording with a group known as The Love Foundation Kelvin was an entrepreneur for the vast of his adult life. He married once on April 15, 1983, the love of his life and mother to his daughter, Hope Vivette Taylor.

Furthermore, Kelvin is the oldest of seven children and father to one, Shaquan Somerville. Kelvin was raised with his four sisters; Cynthia Somerville, Millicent Somerville, Zelma Somerville (Deceased) and Alicia McNeil (Deceased) and his two brothers; Keith McNeil and Bruce McNeil in Norfolk, VA. Kelvin, known to his loved ones as Wayne also leaves a host of nieces, nephews, cousins and friends.

To order memorial trees or send flowers to the family in memory of Kelvin Wayne Somerville, please visit our flower store.