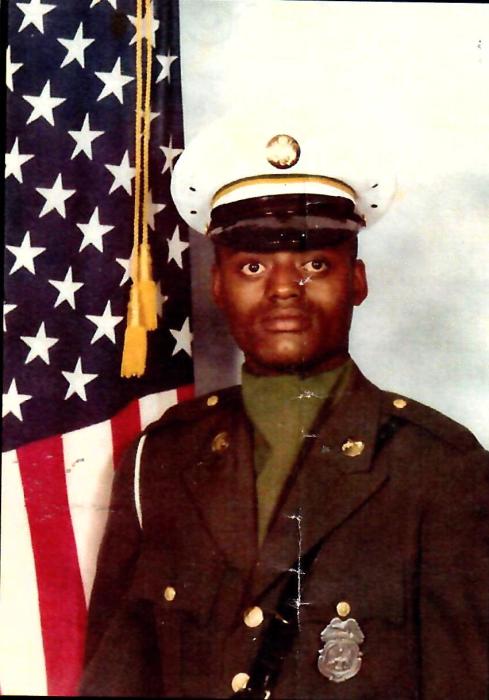 On Friday, May 25, 2018, the Lord called his soldier Joseph Carlton Goode home.Joseph was born to the parents of Lewis Arthur Goode, Sr. and Gloria Helen Goode (both deceased) of Portsmouth, VA

He was the fifth born of this union. He attended Portsmouth Public Schools before deciding to enlist in the United States Army. Joseph was a talented, enthusiastic, independent, and a hard
working young man. He had the gift of cooking, singing, and loved to paint. When he spoke of his work he would say ''I'm the best", that was Joe.

During his years of employment, Joseph cooked at Morrison's Cafeteria, Picadilly, and Country Favorites Restaurant. Joseph always kept a nice warm smile on his face. He touched many people's lives with his encouraging smile, kind words, and the willingness to help in anyway that he could. Joseph gave his life to Christ.at a young age. He was a former member of Centennial Baptist Church in Portsmouth, YA.  He was in the choir and a member of the Centennial Caravans.

He also leaves behind a host of nieces , nephews, cousins, and other relatives , and a very special friend, Theresa Waters.

To order memorial trees or send flowers to the family in memory of Joseph Carlton Goode, please visit our flower store.