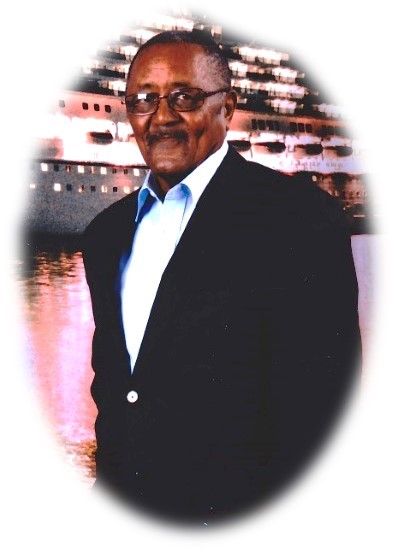 Loving Man with a Dimple and warm Smile!

Proverbs 15:30 A cheerful look brings joy to the heart;

Joe Louis Earley, son of the late William Henry Earley and late Rebecca Alston was born on April 9, 1935 in Woodland, North Carolina. He departed this life on Wednesday, February 22, 2017.

Joe Earley received his education and graduated from North Carolina Public Schools. He moved to Baltimore, MD where he met and married the late Rev. Mary Ruth Earley. During their union six children were born.

He was employed as a long distance truck driver, driving from many different states. Joe also worked for the City of Norfolk as a truck driver then went to work as a Linesman at Virginia Electric and Power (Dominion) where he retired.

Joe was a blessed man to have found love twice in a lifetime. He met Lorraine Blackmon and they were united in marriage on Aug 29, 2011. Joe and Lorraine loved to travel. They have been to many places including HolyLand, Bahamas, Disneyland, & Canada.  Joe loved helping others and took pride in driving people around to do errands.

To order memorial trees or send flowers to the family in memory of Joe Louis Earley, please visit our flower store.