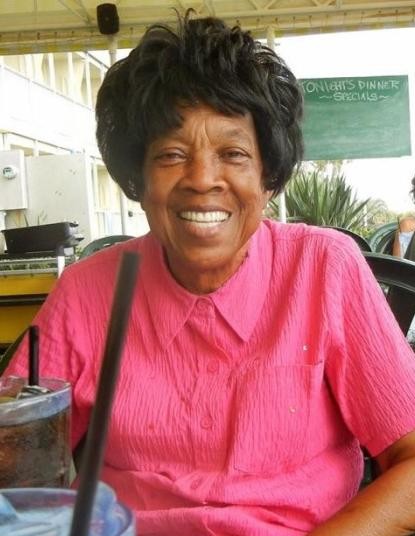 On Wednesday, January 10, 2018 Elder Georgie Ruth Gregory transitioned from her earthly existence to her heavenly home. Georgie was born July 4,1939 in Shiloh, NC to the late Dewey and Inez Sanderlin. She was the ninth of 11 children and the “baby girl.”

She was educated in Camden County, NC and Princess Anne County (now Virginia Beach, VA) Public Schools. She received her B.A. in English and M.A. in Interpersonal Communications from Norfolk State University.

Elder Georgie Ruth accepted Christ at an early age and joined New Sawyer’s Creek Missionary Baptist Church in Belcross, NC. Upon moving to Virginia in her teen years, she joined Morning Star Baptist Church. She was also a member of several other churches in the Hampton Roads area throughout the years.

Georgie was an English teacher by profession. She taught in Norfolk Public Schools, Rock Church Academy, St. Leo University, and Calvary Christian Schools. She was also a 700 Club Prayer Counselor with the Christian Broadcasting Network.

She leaves to cherish her memory, her husband of 60 years, Norman Gregory Sr. of the home, two daughters, Evangelist Regina Williams and Minister Darlene Felton and two sons, Norman Gregory, Jr. and Elder Antonio Gregory – all of Virginia Beach and 19 grandchildren, 23 great-grandchildren and 2 great-great grand-children. Also left to cherish her memory is her adopted “mama,” Mrs. Clara Lee of Elizabeth City, NC and her spiritual son, Jerry Figueroa of Virginia Beach.

To order memorial trees or send flowers to the family in memory of Georgie Ruth Gregory, please visit our flower store.