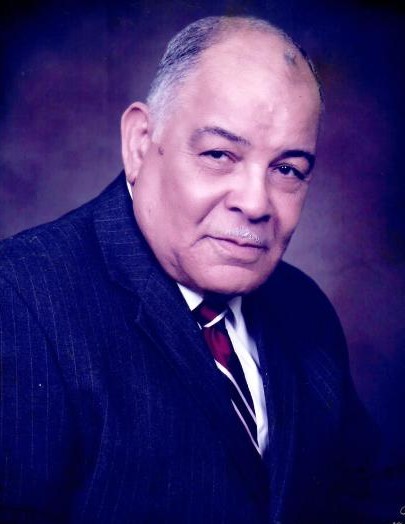 Fred Gladstone Morais Scott was born in Hopewell, Hanover, Jamaica, West Indies on March 6, 1929 to the late Cleopatra Addella Scott and James Morais Scott Sr.  He was the 4th of 6 children born to his parents.  He was proceeded in death by his siblings Leo Scott and James Scott.  He leaves to cherish his siblings Winnifred Harper, Anne (Emma) Barnes, and Cleveland Morais Scott.  On October 7, 2007 Fred was married to his loving wife and best friend Barbara Hook and resided in Virginia Beach, VA.

Fred was a lover of Shakespeare and often quoted memorable “gems” from his work.    He was a member of the British Royal Airforce during WW II and was proud of his accomplishments during his tenure.  He also served as a Police Officer in Jamaica for 10 years and loved to share stories of his adventures as a “cop”.  Once he migrated to the United States, he worked for Fisher Scientific Chemical Plant in Fairlawn, New Jersey and retired after 20 years.

Fred truly loved the Lord.  He was one of the founders in his home church in Patterson, New Jersey and served as the financial secretary and on the Usher Board for many years.  He was an avid lover of spiritual music and often sang solos in his church.    He moved to Virginia and became a member of New Light Full Gospel Baptist Church for over 20 years and was a part of the Addie Hammond Senior Fellowship Group.  He loved New Light Full Gospel Baptist Church and attended church regularly until he became to ill to attend services on a regular basis.

On behalf of the family, we encourage you share your personal experiences and preserve the memory of Fred for future generations to come.

Be the first to post your most treasured memory of Fred. Show your support by sharing a personal message or story on the tribute wall, meaningful photo or video, and/or sending a gift or flower.

To order memorial trees or send flowers to the family in memory of Fred Gladstone Morais Scott, please visit our flower store.