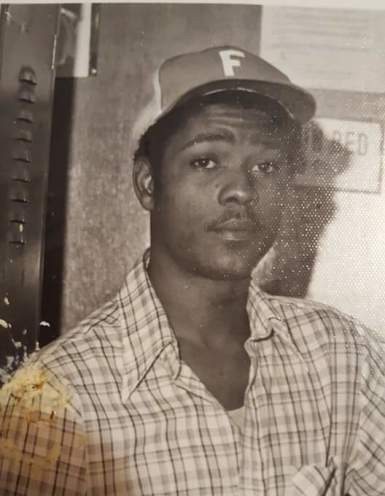 On Wednesday afternoon, May 3, 2017 our beloved father, brother and grandfather  was called to his eternal home.

Elton Teel Spruill, Jr was born in Norfolk, Virginia on April 11, 1958.  He was the only son born to the late Barbara Duynes and Elton Teel Spruill, Sr.  Elton accepted Christ at an early age and was baptized and he loved the Lord.  He graduated from Booker T. Washington High School in 1976. Soon after, he married his high school sweetheart, Cheryl Lynne Sutton. To their union, two children were born.  Elton served in the United States Army as a Morse Code Interpreter (O5H).  Most of his military career was spent overseas.  After an honorable discharge from the army, Elton returned to the United States to live in Norfolk.  He spent most of his retired years with friends and family.  Elton is most remembered telling jokes ,sharing life stories with the people he loved and trying his best to hit those high notes to the songs of his favorite band, Earth, Wind and Fire.

To order memorial trees or send flowers to the family in memory of Elton Teel Spruill, Jr., please visit our flower store.