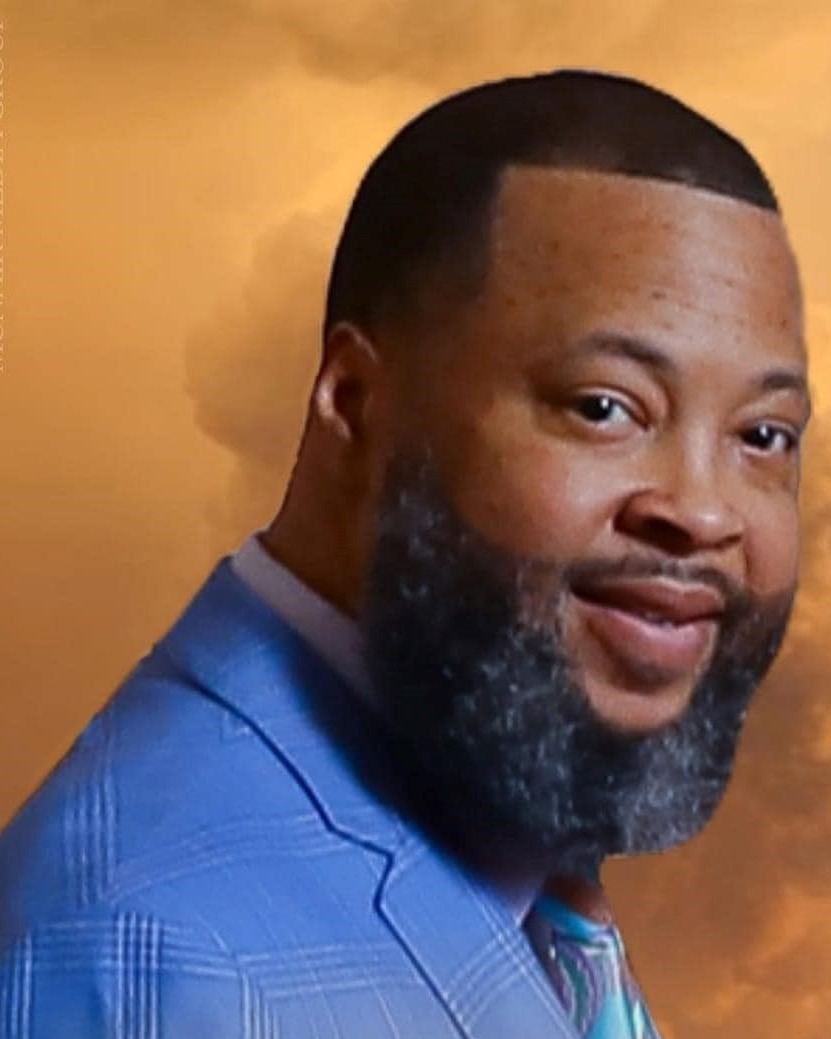 On the Sunday morning of January 1st, Elder Sean Edward Gaines, received divine rest from his labor. Elder Sean Gaines was the first-born son of the late Levester H. Gaines and Barbara F. Gaines, born in Norfolk, Virginia on October 26th 1974.  He was a graduate of Chesapeake Public Schools and would continue his education at the prestigious Norfolk State University, at which he pursued a Bachelor of Social Work.  He was the devoted husband of Cindy Gaines and the loving father of three children, Colton Xavier Hamilton, and Taylor Lasean, Delano Marquez.

Elder Gaines eventually said “yes” to The Lord and accepted the immense calling on his life.  He became a licensed minister in the Church of God in Christ in December 2000 and was subsequently ordained in August 2003.  In the beginning of his ministry, he served in numerous capacities such as choir director, praise and worship leader, Sunday School and YPWW educator.  Elder Gaines firmly kept his hands to the plow as he faithfully served The Body of Christ.  He was installed as pastor of Rising St James Pentecostal Holiness Church on December 13th, 2014.  He founded Empowerment Temple on February 2017.  Elder Gaines ministered with unparalleled charisma and conviction, leading many to the acceptance and knowledge of Jesus Christ.

He is preceded in death by his father, Levester Gaines.  He leaves behind to cherish his memory his wife Cindy, sons Delano, Colton, daughter Taylor, his spiritual son Josh, his brother, Chris (Monique) of Norfolk, sister Erin (Courtney) of Herndon, his nephew Lennox, his nieces Reaghan, Ryleigh, Christian, London, and a host of uncles, aunts, cousins, family members and friends.

On behalf of the family, we encourage you share your personal experiences and preserve the memory of Elder Gaines for future generations to come.

Be the first to post your most treasured memory of Elder Gaines. Show your support by sharing a personal message or story on the tribute wall, meaningful photo or video, and/or sending a gift or flower.

To order memorial trees or send flowers to the family in memory of Elder Sean Edward Gaines, please visit our flower store.