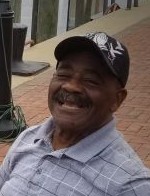 He was born on June 4th, 1938 as a twin and one of 16 children to the late Edward Sr. and Mazie Coaxum in Phillip County of Mt. Pleasant, SC.

Elder Coaxum moved to Norfolk, VA in 1965, whereas he finished his education and began working in an Electronic Repair Shop on the Norfolk Naval Base. His repair skills were self-taught, and he became so successful he was able to obtain his own shop and maintained that shop for 20 years until his retirement.

Elder Coaxum was a member of New Mount Vernon Baptist Church in Portsmouth, VA for many years, whereas he served as a Trustee and a Deacon. He received a calling by God to preach and was licensed by Rev. Vernon S. Lee of New Mt Vernon in 1994. He had a deep passion for the sick and shut in and began his own outreach ministry; whereas every Sunday he visited various nursing homes, and personal homes to provide Sunday morning service, Bible Study,  and communion to the Sick and Shut-In. Elder Coaxum later joined Solid Rock Church of Christ. He was later ordained as an Elder under the Washington-Norfolk District Assembly by Bishop Robert D Ross, and later installed as the Pastor of Solid Rock Church of Christ, where he served for about six years as Pastor. Elder Coaxum was later asked to minister at Mt Hermon Church of Christ. He was later installed as the Pastor of Mt Hermon Church and served as Pastor for approximately seven years before retiring from the ministry. After retirement, Elder Coaxum joined Zion Light Church of Christ under Elder Percy Barnes and remained a standing member at Zion Light Church of Christ under the present Elder Dr. Da’Von Smith.

Elder Isaac Coaxum attended church and all of the functions until his illness took over. He was known for his genuine love of people, his big and caring heart, his beautiful smile, his love for the Lord, and his favorite message about the Potter and the Clay from Jeremiah 18. He was a devoted husband, father, grandfather, great-grandfather, brother, uncle, cousin, minister, friend, and hero.  To know him was to love him.

On behalf of the family, we encourage you share your personal experiences and preserve the memory of Elder Coaxum for future generations to come.

Be the first to post your most treasured memory of Elder Coaxum. Show your support by sharing a personal message or story on the tribute wall, meaningful photo or video, and/or sending a gift or flower.

To order memorial trees or send flowers to the family in memory of Elder Isaac William Coaxum, please visit our flower store.