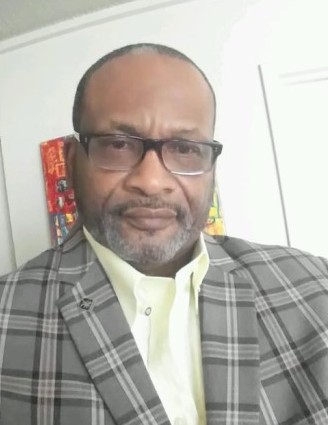 David William Paul Robinson, Sr. peacefully passed at home on May 24, 2020. He was surrounded and supported by his loving family during the last days of his life. David was born to Lora Robinson and L.T. Caracter on December 15, 1953 in San Francisco, California. He was raised by his maternal grandparents, Terrie Williams-Thomas and Oscar Thomas. David was preceded in death by his parents, grandparents, brother John Edward McMillan, and grandson DeAngelo Robinson.

David joined the United States Marine Corps Active Duty on June 5, 1972 at the age of 18 as a Machine Gunner. He entered the service on a buddy pass with his lifelong best friend Henry “Crush” Lyons. A few years later, he transferred to the Marine Corps Reserves and completed his military duty on June 11, 1978 with an Honorable Discharge. David’s military service led him to Norfolk, Virginia where he met, married, and started a family with Henrine Willette Cooke. Although the union did not stay the course, they remained very close friends until her passing in 2018.

Education was very important to David, as he earned several Master’s Degrees and a PhD in Theology and Ministries. He was an Assistant Pastor for three years and had the honor of marrying two of his children and a plethora of family and friends.

Family held a special place in David’s heart. Not only did he devote his life to be the best husband, father/grandfather imaginable, he also enjoyed working with children. Over his lifetime he held many jobs to support his family, to include, but not limited to, the Candy Factory in Norfolk, St. Brides Correctional Facility, and Tidewater Detention Home. However, one of his most memorable places of employment was at the Norfolk Juvenile Detention Center. There he began employment as a Counselor and worked his way up to the Post-Dispositional Coordinator until his retirement on January 1, 2016. David met his present wife, Taquita Robinson in 2007 at the Norfolk Juvenile Detention Center and they married in 2019.

David was an avid reader, a lover of words, and he enjoyedexploring the world. Some of his fondest memories are vacationing in Europe with family and his solo trip to Cuba. He was a nature man. He loved his “Rain Walks” with his children when they were growing up and he continued these walks with his wife Taquita and his fur child King Kisser Robinson.

On behalf of the family, we encourage you share your personal experiences and preserve the memory of David for future generations to come.

Be the first to post your most treasured memory of David. Show your support by sharing a personal message or story on the tribute wall, meaningful photo or video, and/or sending a gift or flower.

To order memorial trees or send flowers to the family in memory of David William Paul Robinson, Sr., please visit our flower store.