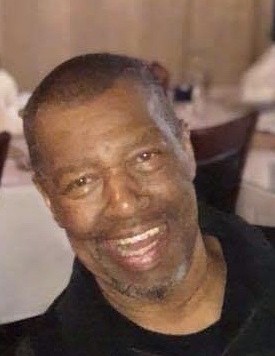 Daniel Creekmore passed away on Sunday February 2, 2020 at his residence in Virginia Beach, Virginia.

Daniel Lee Creekmore, affectionately known as Creek or Dan, was born in Princes Anne County on July 31st, 1946. He was a son of the late Mary Etta Gatlin and Walter Anderson Gatlin. Dan was preceded in death by his brother Robert Junious Gatlin and his daughter Patria Danette.

Daniel leaves to cherish his memory, his wife and soul mate of 38 years, Lucille Creekmore. He also leaves to cherish five sisters, JoAnn Harrison, Aggie Jackson, Linda Cooper (Mike), Viola Gregory, and Daphyne Moore (Leon). He was the father of Daniel LaVonne, Portia Deneen, and Daniel Lee Jr. He was the father of two stepsons, Lemuel Wilkins (Sadina) and LeVar Wilkins. He has four grandchildren, a host of nieces, nephews, other relatives, and countless friends.

Daniel was a hard worker who had passion for driving. Through the years he was a driver employed by Willis Wayside Furniture and Yellow Freight Trucking Company. Most importantly, he was a truck driver for Roadway Trucking Company, serving 34 years before retiring.

Daniel was a big man with a big heart. The life of every party, the leader of the pack. He was his brother's keeper, always willing to help. He loved spending time with his family and his friends. Daniel never had a loss of words and never met a stranger. He enjoyed his leisure, traveling yearly to the Kentucky Derby, the CIAA and MEAC basketball tournaments. Dan was a supporter of his alma mater.

“BEHOLD, the GREEN and the GOLD!”

There was not a Norfolk State game without Dan in attendance. He also loved his Dallas Cowboys, always in front of the TV rooting on his team. One of his great memories was traveling to Texas where he toured the Cowboy’s AT&T Stadium, the locker rooms, and sat in the V.I.P. box to watch his Cowboys play.

“How bout them COWBOYS”

Dan attended Mount Olive Baptist Church as a child and would often watch Bishop Kim Brown's ministry as an adult. He had a love for God and would often chime in during Bible studies in his home.

On Sunday, February 2nd, 2020 Daniel peacefully passed away in the comfort of his own home amongst family, having enjoyed a good meal and seeing the Kansas City Chiefs (previously known as the Dallas Texans) win Super Bowl 54.

On behalf of the family, we encourage you share your personal experiences and preserve the memory of Daniel for future generations to come.

Be the first to post your most treasured memory of Daniel. Show your support by sharing a personal message or story on the tribute wall, meaningful photo or video, and/or sending a gift or flower.

To order memorial trees or send flowers to the family in memory of Daniel Lee Creekmore, please visit our flower store.