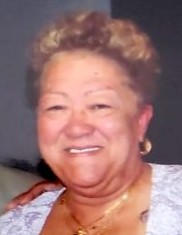 Connie attended and graduated from Steubenville High School in Steubenville, Ohio. Upon her graduation, she entered the United States Navy. She loved to roller skate and after an honorable discharge from the Navy, she met and married the late Robert E. Jamison Sr. in Monongahela, Pa. Connie is a retiree from Mayview State Hospital. She also was a union leader and held various jobs within the AFSCME Council 13 Union. She was also an active member of the AFSCME Council 13 Retires, often attending and traveling with the union. While living in Monongahela, Connie was a member of Ebenezer Baptist Church and later became a member of First Baptist Church in Donora.

When she moved to Virginia Beach, she joined and then made Mt. Olive Baptist Church her church home. She was also a member of Keystone No. 92 of the Mon Valley Lodge No. 208 I.B.P.O.E. of the World, Donora. Connie moved to Virginia Beach to retire because she loved swimming in the ocean, watching the dolphins swimming back and forth and most enjoyed feeding the sea gulls. She would often just go to the beach to sit and watch the waves and the people just relax. We all know that Connie was a die-hard STEELERS FAN! She and her late husband, James Alexander Jones, went to see the Steelers play at Forbes Field before anyone payed the Steelers any attention. When Three Rivers Stadium opened, she stood in line for three days to get season tickets! At that time she purchased six sets of season tickets. She was the only woman in their group and they never missed a game, traveled to as many away games as possible and went to the Super Bowl with the Steelers.

Most times you would find her wearing something that had the Steelers’ name or logo on it. She even bought a black and yellow car because of the Steelers! Some of her happiest moments were going to the Steelers games and tailgating.

On behalf of the family, we encourage you share your personal experiences and preserve the memory of Constance for future generations to come.

Be the first to post your most treasured memory of Constance. Show your support by sharing a personal message or story on the tribute wall, meaningful photo or video, and/or sending a gift or flower.

To order memorial trees or send flowers to the family in memory of Constance Hazel Louise Jones, please visit our flower store.