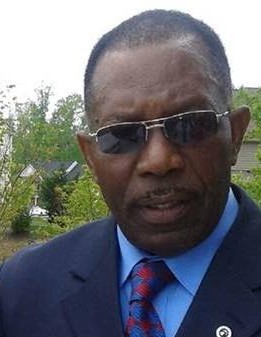 Clyburn received his education in the South Carolina and Washington, DC school system.  He accepted Christ as his Lord and savior at a very early age and was baptized at Second Calvary Baptist Church in Kershaw, South Carolina. He enlisted in the U.S. Marine Corps in 1967 and honorably served our country. He retired in 1997 at the rank of Master Gunnery Sergeant. Following his retirement from the USMC, he worked as a foreman at the Norfolk International Terminal.  Clyburn was also a Mason and served as the Worthy Patron of Tidewater Lodge #106. Clyburn was a devoted member of New Light Full Gospel Baptist Church in Virginia Beach, Virginia.  He enjoyed attending church and participating in the events and functions until his health failed.

On April 30, 1972, Clyburn married the love of his life, Eloise.  They had four children, Derrick from Dallas, TX, Taya from Chesterfield, VA, Clayburn (Melinda) from Suffolk, VA and Clyburn Perry III from Silver Spring, MD. Clyburn and Eloise were blessed with eleven grandchildren; Kedereck, Derrick (DJ), Tiffany, Andre, Colyn, Leila, Cailin, Ashley, Jayden, Jordan and Bryson.  He was a man of virtue; a wonderful husband, father and grandfather.  He strongly believed in education.  He loved to travel and had traveled extensively throughout his life.  He was the voice of reason and would do anything to help those in need.  He was a God-fearing man and always put God first and sought His council.

On behalf of the family, we encourage you share your personal experiences and preserve the memory of Clyburn for future generations to come.

Be the first to post your most treasured memory of Clyburn. Show your support by sharing a personal message or story on the tribute wall, meaningful photo or video, and/or sending a gift or flower.

To order memorial trees or send flowers to the family in memory of Clyburn Perry, Jr., please visit our flower store.