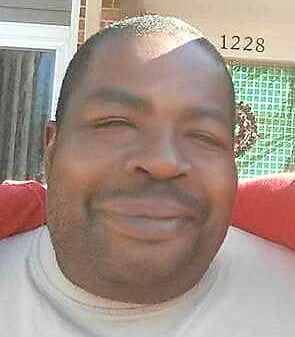 Clifton Reeves entered into eternal rest on Thursday, March 9, 2017 in Norfolk, Virginia surrounded by his loving family. “Cliff” as he was affectional called; was born July 22, 1969 to Veronica Reeves Sanderson and Clifton Smith. Cliff, was a long-time resident of Virginia Beach, VA and educated in the Public School System.

Cliff was a faithful employee at the Hampton Inn Hotel at the Oceanfront for over 20 years.

Cliff was a wonderful son, brother, uncle, cousin & friend.  He was preceded in death by his wife Nellie Lee Reeves & 3 siblings. Left to cherish Cliff’s memories are: his Parents Veronica Reeves Sanderson & Clifton Smith. His Step Father Clifton Sanderson, who also helped rear Cliff as if he were his own son. 20 siblings, 29 nieces & nephews, 1 great niece and a host of nieces, other relatives and friends.

To order memorial trees or send flowers to the family in memory of Clifton Demetre Reeves, please visit our flower store.