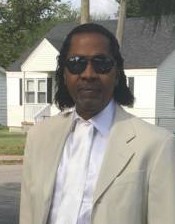 Jackie accepted the Lord as his personal Savior as an adolescent under the leadership of Rosa Bonds at Rising Sun Pentecostal Holiness Church. Jackie was a man who wore many hats: owner of Highway Production, a gifted singer, a mastermind of creation, a spiritual father, and a man of intrigity and dignity. He was always dressed to kill with his hair in place. Jackie was employed with New York Department of Social Service and he also was a backup singer for Johnny Mathis.

To order memorial trees or send flowers to the family in memory of Clifton Lee Batts, please visit our flower store.