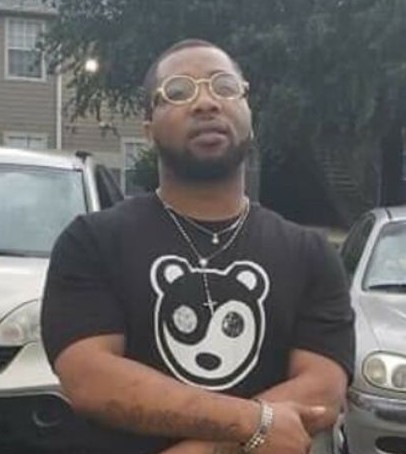 He attended Heritage High School where he played varsity football with
the Hurricanes as they were undefeated his senior year and went off that
year to be number one in their school division. They not only won with an
outstanding record, but they beat their opponents every game by a heaping
45 to 50 points no matter who they played. They went on to win the State
Championship that year, undefeated.

C.J. was so proud of that. He was also on the wrestling team where he placed 3rd with a bronze medal at the state championship. C.J. was on top of the world. He was very smart. He was skipped twice in grade school and was to graduate at an early age of 15 years old.

He was also proud to be an accomplished chef. He often posted his dishes
on social media as he gave shout outs to his mother Robin and grandmother
Jean for teaching him how to cook. C.J. was always trying new recipes. His
dream was to move his mom to Florida where he currently resided to take
over out there with opening his restaurant to showcase his dishes. He was
currently a sous chef at a seafood restaurant in St. Augustine, Florida where
he spent his last days.

C.J. loved to cook, sing, play keyboard, drums and he also enjoyed rapping and he wrote his own lyrics. He was an all-around gifted and talented young man. Much of singing and playing instruments can only be contributed to his father who is the best musician ever, Charles M. Hall Sr. Whatever C.J. wanted to do or become, he never had any problems achieving it. A very confi dent, positive, upbeat person, who was all about life and family.

To order memorial trees or send flowers to the family in memory of Charles Matthew Hall, Jr, please visit our flower store.