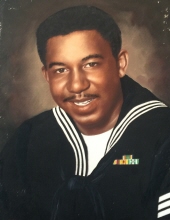 Charles Earl Fisher, Sr. was born on March 8, 1948 in Sidon, Mississippi out of the union of the late Johnnie James Fisher and Leola Fisher. Out of this union, six children were born: the late Elder James Fisher, Charles Fisher, Samuel Fisher, Vernard Fisher, Alvin Fisher, and Sharon Fisher. Prior to this union two other children were also born: Jean Travis and Sammy Hudson. Although Mr.… Fisher was born in Sidon, Mississippi, he grew up in Memphis, TN where he loved spending time with his family and friends. On January 9, 1967, Mr. Fisher joined the United States Navy. In his earlier Naval career, Mr. Fisher completed two Vietnam Tours in which he almost lost his life. While still in the military, Mr. Fisher met and fell in love with his loving wife, Lillie Fisher, of 41 years in Meridian, Ms. Out of their union were two children, Charles and Charlotte Fisher.

Mr. Fisher resided with his family in Virginia Beach, VA for the last 33 years where he was able to enjoy the births of his grandchildren, Kahlil and Kylynn Fisher as well as the union of his son, Charles Fisher and daughter-in-love, Shannon Fisher. Mr. Fisher was a survivor of cancer for nine years in which his battle with cancer brought him closer to the Lord. Later in life, Mr. Fisher gave his life to the Lord and he was able to serve as a humble servant to help other fellow cancer survivors gain strength and peace with coping with their illness.

To order memorial trees or send flowers to the family in memory of Charles Earl Fisher, please visit our flower store.