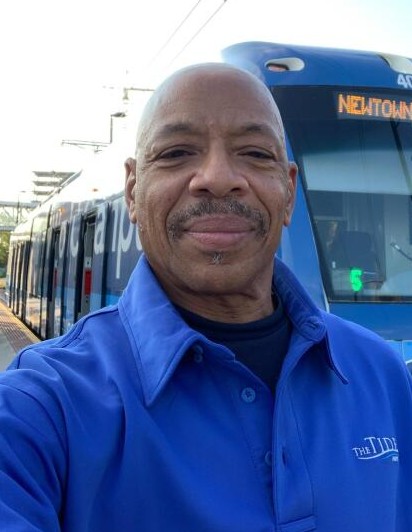 Carl Davis departed from this life and was called home to be with our Lord on December 19th, 2020. Carl was born in Newport, Rhode Island. Mr. Davis was heavily involved in Dunamis Christian Center in Hampton, Virginia. Carl loved the Lord with all of his heart. His favorite scripture was Isaiah 54:17.

Carl grew up in Caviler Manor Portsmouth, Virginia as a child. In his youth, Carl went to Little Flower Catholic School. After his time in high school, he enlisted into the United States Army, where he was a part of the 172nd Infantry Brigade. Upon his honorable discharge, he became employed at the Norfolk Naval Shipyard as a welder.

In 1987, Carl Davis started bodybuilding after being encouraged to lift weights by his church baseball team. Shortly after the beginning of his career, he won the Eastern Atlantic Classic, Capital City Classic and Neptune Festival for bodybuilding. Carl believes in, and was known for, staying fit and taking very good care of his body and was even featured in ‘’Flex” Magazine.

Carl’s family and friends describe him as a humble, hardworking and a passionate man who was caring, kind and dependable. He was a faithful servant of the Lord. His smile was alluring and his heart was enormous. He was a sweetheart without a doubt. His greatest strength came from his strong belief and love for our Lord Jesus Christ. He often shared the word of God with those around him.

Carl Davis is predeceased by Father Samuel, Mother Antoinette, Sister Melahi, and Daughter Catrice. Carl leaves cherished memories from the love of his life Patrice Davis of 47 years, one daughter Tanznia, son Carl, son Carlton, with a host of grandchildren, 7 brothers, 2 sisters including his twin Carol, nieces and nephews with close nephew Shawn.

On behalf of the family, we encourage you share your personal experiences and preserve the memory of Carl for future generations to come.

Be the first to post your most treasured memory of Carl. Show your support by sharing a personal message or story on the tribute wall, meaningful photo or video, and/or sending a gift or flower.

To order memorial trees or send flowers to the family in memory of Carl Davis, please visit our flower store.