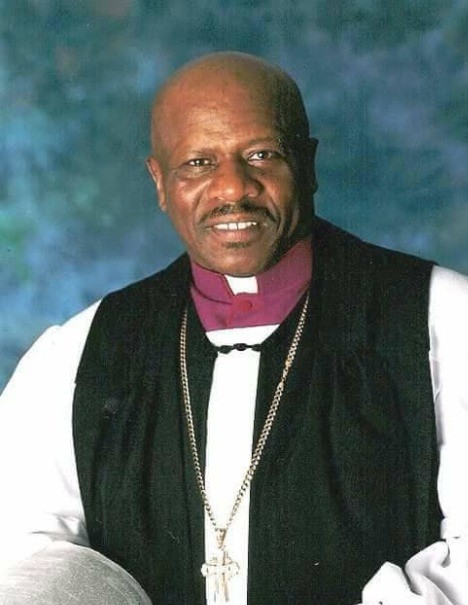 “Time is filled with swift transition…”

Bishop Rudolph B. Lewis transitioned from this life on Tuesday, October 16, 2018. He was an ordained minister and the Senior Pastor of New Light Full Gospel Baptist Church in Virginia Beach, Virginia.  Born September 23, 1942, in Loris, South Carolina, Rudolph was the ninth child of the late William S. and Ruth B. Lewis. His future in the ministry was inevitable in that six of his parent’s ten children became ministers. He graduated from Finklea High School and attended Howard University; it was there he received his call into the ministry. In May 1995, he received an Honorary Doctor of Divinity Degree and in March 2000, an Honorary Doctor of Law from Richmond Seminary and College.

For two years Elder Lewis served as National Youth President of the First United Churches of Jesus Christ before establishing the First United Church of Jesus Christ in Portsmouth, Virginia. During the fourteen years that he pastoredFirst United in Portsmouth, he was also the President of the Interdenominational Minister’s Forum. He was later a member of the Tidewater Metro Baptist Minister’s Conference of Norfolk, and a member of the Special Day Finance Committee of Virginia Seminary and College, Lynchburg, Virginia.

In 1979, Elder Lewis became Pastor of New Light Baptist Church. His purpose there was to lead and guide God’s people by teaching and discipleship. The direction that he was leading the church was to change a generation by developing ministries dedicated to outreach that sought to propel people toward Jesus Christ and the uplifting of His kingdom. As a visionary, Pastor Lewis has led the New Light Baptist Church family and the surrounding community to be blessed through ever increasing ministries and an expanded multimillion-dollar facility.

To order memorial trees or send flowers to the family in memory of Bishop Rudolph Bobby Lewis, Sr., please visit our flower store.