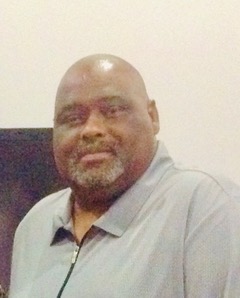 Anthony Keith Smith was born October 14, 1957 in Bed Stuy Brooklyn, New York and departed this earth November 27th, 2020.  He was the second of four children born to Matthew and Shirley Smith. He was always known by his middle name Keith to all family and friends.

Keith grew up on 215th Street in Queens Village, New York after the family moved to Queens in 1968. His early childhood education was at Catholic School, he went to Sts. Joachim & Anne Parochial School.  He attended Thomas Edison High School in Jamaica Queens where he developed an affinity for fixing typewriters and playing basketball.  After graduating High School, he worked at a typewriter repair shop and after a couple of years, purchased the business from the owner who was retiring.  He was a business owner at 19-20 years old.  He owned the business for a few years, and unfortunately with technology there was no longer a need for typewriters. He spent the rest of his work life mostly working as a parts manager for Ford Motor dealerships.

Anthony was very close with his three siblings and his parents.  He was briefly married, but did not have any biological children.  He was happy enough being uncle to his nieces and nephews. A few things everyone knew about him were; he loved to eat, he’d do anything for his family and those he considered family, and he was honest to a fault. He never pulled any punches.

On behalf of the family, we encourage you share your personal experiences and preserve the memory of Anthony for future generations to come.

Be the first to post your most treasured memory of Anthony. Show your support by sharing a personal message or story on the tribute wall, meaningful photo or video, and/or sending a gift or flower.

To order memorial trees or send flowers to the family in memory of Anthony Keith Smith, please visit our flower store.