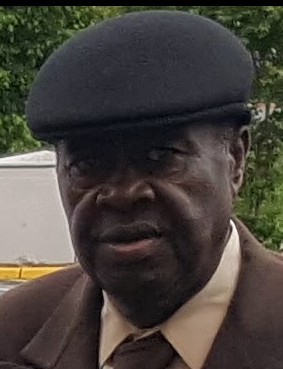 On Friday June 16, 2017 in the early morning hours God called Allen Stevenson, Sr home for eternal rest. He was born on September 20, 1947 to the late Jacob and Bessie Stevenson in Princess Anne County.

Allen was educated in the Virginia Beach School System after graduating from Princess Ann County Training School he went to North Carolina to train to become a Truck Driver. Allen also became a DJ known as Mighty Steve. He was also a member of Pioneer Lodge No. 1412 in Virginia Beach, VA where he played music for the young and old. That big smile when he was on stage, playing his music.

Allen Joined church and attended every Sunday before his illness took over.

Allen was a devoted husband, father, grandfather, brother, uncle, cousin, and friend who loved his family.

Allen Stevenson was truly a person with words that could make you smile, laugh, or just be lost for words. He was a loving father, and hero to his family. Truly we all will miss our father, grandfather, brother, uncle, cousin, dancing partner, and music man.

To order memorial trees or send flowers to the family in memory of Allen Stevenson, please visit our flower store.