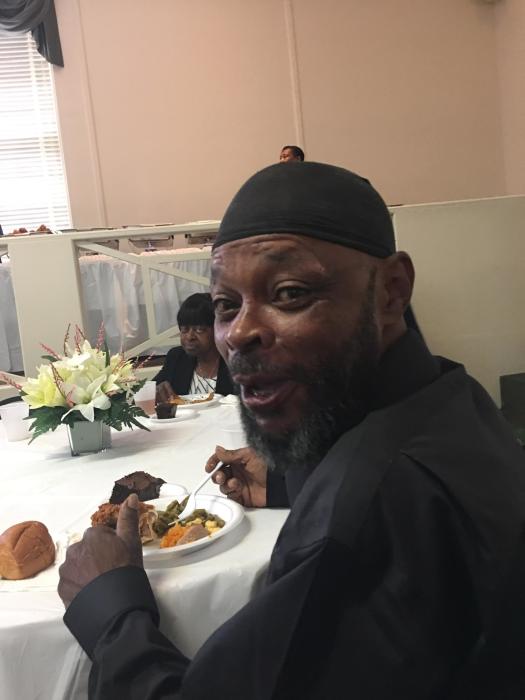 Aaron Louis Jones Jr, affectionally known by his family and close friends as Rat, was born in Norfolk, VA on November 24, 1960 to the late Aaron Jones Sr. and Mary Jones.
Aaron attended Norfolk Public Schools in his earlier years and graduated from Granby High School. He worked for Howlett Services on and off for over 15 years and also did odd jobs for several residents in the Riverview Neighborhood.  Mrs. Megan Howlett emphasized on how he was one of the hardest workers she’s ever had.  Aaron was extremely dedicated with a heart of gold.

He was a man full of life, love and laughter who highly regarded his sons Aaron and Darreo.  All of his nieces and nephews loved their “Uncle Rat”, he would always have them crying laughing at any given moment.

Aaron leaves to cherish his memories his two sons, Aaron Madison (Cassandra) and Darreo Epps (CheLa), both of Virginia Beach, VA.  Three grandchildren; Jamel, Nihl and Londyn.  Two brothers, Maurice Jones and Anthony Jones.  A host of nieces, nephews and cousins. He is predeceased by both parents, his  sister, Angela Jones and his brother, Vincent Jones.

On behalf of the family, we encourage you share your personal experiences and preserve the memory of Aaron for future generations to come.

Be the first to post your most treasured memory of Aaron. Show your support by sharing a personal message or story on the tribute wall, meaningful photo or video, and/or sending a gift or flower.

To order memorial trees or send flowers to the family in memory of Aaron Louis Jones, please visit our flower store.